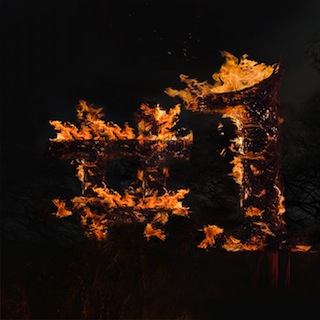 13 is proving to be a lucky number for BLACK SABBATH.

OZZY OSBOURNE, TONY IOMMI and GEEZER BUTLER have scored their first-ever U.S. #1 release in the legendary bands 45-year career with their album, 13.  Produced by Rick Rubin and released June 11 on Vertigo/Republic, the album sold more than 155,000 copies in its first week, 100,000 more units than the #2 album on the Billboard album charts.  The album also topped the charts in the U.K., Denmark, Germany, New Zealand and Switzerland.  Here are additional Top Five global chart positions, with more to come as international charts are finalized: Australia (#4), Austria (#2), Belgium (#5), and Ireland (#5).

The news is absolutely amazing--we couldn't have imagined this would happen, says TONY IOMMI.  We have the greatest fans.

There have been so many amazing highlights in our long career, says OZZY OSBOURNE.  To finally have our first #1 album in the U.S. is another incredible milestone for Black Sabbath.  Thank you to all of our fans for their support and loyalty.

GEEZER BUTLER says, "Im absolutely stunned. Thank you all world wide for being the best, and most patient, fans ever.

BLACK SABBATH will launch a much-anticipated 20-city North American concert tour in support of 13.  Kicking off July 25 in Houston, TX, the tour will include shows in Holmdel, NJ (NY-area), Los Angeles, Philadelphia, Boston, Tinley Park (Chicago), San Francisco, Seattle and Toronto, ON before wrapping up September 3.  The Grammy-winning Rock and Roll Hall of Fame inductees will then head to South America and Mexico this fall, with tour dates in the U.K. and Europe to follow this winter.

For more than three decades, rock fans have hoped for the return of the original BLACK SABBATH, but few could have predicted the forceful return-to-form of 13, which was produced by seven-time Grammy-Award winning producer Rick Rubin.  The band that defined the heavy metal rock genre pick up immediately where they left off, delivering eight sprawling songs (five of them are over eight minutes) that possess every ounce of the maniacal vitality of their trailblazing work in the '70s.  On 13, BLACK SABBATH are joined by drummer Brad Wilk (Rage Against The Machine) on such epic songs like God Is Dead? (the albums first hit single) and End of the Beginning (the new single). 13 is a testament to the enduring relevance of BLACK SABBATH's long-running reign.

"...Sabbath has done their bloodthirsty legacy proud....the guitarist [Iommi] sounds reborn...he manages to spin solos here with more agility than he ever could have back then...Some credit for the bands focus should go to producer/acolyte Rick Rubin. He kept the sound hard and bitter...To make every moment count, the band revived the complex arrangements and shifting structures of their classic work...Even the ballad has bite. Zeitgeist uses a bongo (!), an acoustic guitar and an arty jazz run at the end that still has a metallic heft. Throughout, Ozzys voice cuts through the thick riffs like a foghorn."
--Jim Farber, NEW YORK DAILY NEWS, June 2013

for all their innovations, Sabbath were a product of their era  at core, they're a blues-rooted prog-rock band, and 13 may surprise some people in its proto-¬metal traditionalism. The eight-minute opener, "End of the Beginning," goes through various time shifts, beginning with a sludgy stomp, switching to a galloping midsection and ending with a floaty, almost Beatlesque outro. "Zeitgeist" recalls "Planet Caravan," from 1970's Paranoid, with shimmering acoustic guitars and gentle-Druid hand drums set against restrained jazzbo soloing by Tony Iommi, the man who revolutionized hard-rock guitar with his downtuned tritone riffing. After some reverse-recorded psychedelic spirals, "Damaged Soul" goes from molten blues to a hot boogie jam powered by Osbourne's harp

rekindles the tones and themes of the band's first few albums. Iommi and Butler construct brooding, monolithic riffs and Osbourne trains his funeral sing-talk vocals on epic struggles between good and evil, God and Satan, and sanity and madness13 ends strongly with the furious Damaged Soul and damning Dear Father, the former a grim resignation and latter an indictment of abusive priests and the churches that protected them (a War Pigs for the clergy).
--Scott McLennan, BOSTONGLOBE.COM, June 2013

"..cohesive, engaging, and even fun...offer[s] many of the primal joys that helped immortalize Sabbath in the first place, while documenting the spark that still unites Osbourne, Iommi, and Butler, all three of whom sound about as vital here as anyone could've hoped...That chilling crawl, that low-slung death-blues groove that seemed to come out of nowhere back in 1970, persists here in all its ominous potency..."
--Hank Shteamer, PITCHFORK.COM, June 2013.

chock full of doomy goodness, questions of good versus evil, and terrific Tony Iommi guitar solos and riffs that harken back to Sabbath's genesis in the early '70s.
-- Linda Leseman, VILLAGE VOICE, 6-17-13